None of this would be possible without our incredible board of directors and organizing team whose insight and guidance are essential in creating a platform that we are all proud to be involved in.

If you have any questions, please reach us at inquiry@culture-culture.com. 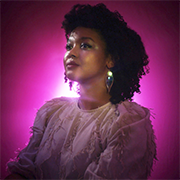 Ashley Jane Lewis (She/ Her/ Hers) is a new media artist, creative technologist and educator focused on bio art, social justice and speculative design. Her artistic practice explores black cultures of the past, present and future through computational and analog mediums including coding, machine learning, data weaving, microorganisms and live performance. Lewis' work is incubated at Culture Hub and New INC, the New Museum tech arts accelerator in New York. Ashley has taught more than 3500 people how to code and is currently a Tech Writer for p5.js at the Processing Foundation. Listed in the top 100 Black Women to Watch in Canada, Ashley's award winning artwork has exhibited in North America and Asia, most notably on the White House website during the Obama presidency. Her practice is tied to science and incorporates organisms like slime mould and food cultures to explore ways of decentralizing humans to imagine collective, multi species survival. 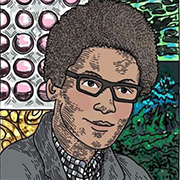 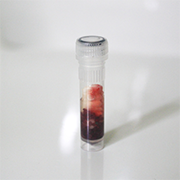 WhiteFeather Hunter (She/Her) is a multiple award-winning Canadian artist and scholar. She is currently a PhD candidate in Biological Arts at the University of Western Australia, supported by a SSHRC Doctoral Fellowship, Australian Government International RTP Scholarship and University of Western Australia Interational Postgraduate Scholarship. Before commencing her PhD, WhiteFeather was founding member and Principal Investigator of the Speculative Life BioLab at the Milieux Institute for Arts, Culture and Technology at Concordia University (Montreal) from 2016-2019. WhiteFeather's biotechnological art practice intersects technofeminism, micro- and cellular biology with performance, new media and craft. Recent presentations include at Ars Electronica, KIKK Festival, NZ Centre for Human-Animal Studies, University of the Arts Helsinki, and in numerous North American cities. WhiteFeather has conducted multiple collaborations with scientists, designers and artists: recent collaborative work with artist, Tagny Duff received an Honourable Mention and STARTS prize nomination at Ars Electronica 2019. 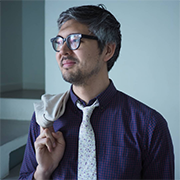 Jeffrey Yoo Warren (he/him) is a Korean-american artist, community scientist, illustrator, and researcher in Providence, RI, who collaboratively creates community science projects which decenter dominant culture in environmental knowledge production. He hosts participatory projects, runs workshops and gives talks on cultural making, collaborative practice, and community science. Jeff is a member of AS220 in Providence and served three terms on the Open Source Hardware Association board since 2014. In 2010, he co-founded Public Lab, a community science network and non-profit dedicated to democratizing science to address environmental issues that affect people. After 10 years as Director of Research, he stepped down at the start of 2020 but remains involved as a project administrator and mentor of programs which support diversity, equity, and inclusion in technology. 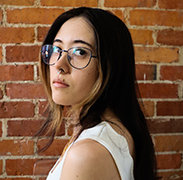 is an interdisciplinary designer who is obsessed with food systems, supply chains, biotechnology and grassroots community building. They graduated from Industrial Design at OCADU in 2016 where they interned at a domestic robotics factory in Suzhou, China and came back to Toronto to work on food policy education, work in a kitchen, forage + ferment, and cultivate communities for creative biology. They're a 2019 Community Bio Fellow and a 2020 Ada Lovelace Fellow for Open Hardware Summit. 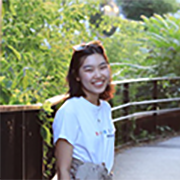 (she/her) is an artist, researcher and organizer based in Toronto, Canada. She works with technology and non-human living subjects, focusing on the nuanced relationship between technological objects and their generated power and control in society. Her research interests are at the intersection of digital and embodied media, material science, and synthetic biology.